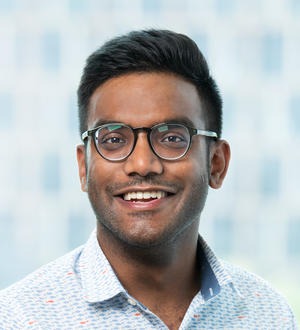 The Shooting Stars Foundation is a non-profit organization that was started by a small and dedicated group of high school students. What began as an operation from a small garage in 2009 has now developed into a national organization comprising nine branches in four States. The Shooting Stars Foundation’s central mission is delivering on the promise of equal educational opportunity for students worldwide. The Shooting Stars Foundation believes that too often, many students who deserve to get a high school education are not able to do so because of inadequate financial resources, which should not be the case. The organization’s goal is to offer promising students with the financial capability to acquire higher education. The organization collaborates with various universities and colleges in India and Mexico to develop college scholarship programs for local students. The Shooting Stars Foundation is currently offering scholarships to some students and has partnered with local school districts to develop and finance elementary school after-school programs. The non-profit organization raises money for its outstanding projects by hosting a yearly academic boot camp for second to sixth grade. The spring camp usually takes place during the spring break and covers both English and mathematics. The spring camp is ideal for reviewing the topics your kids may have forgotten as well as preparing for standardized tests. All these camps are available in nine locations in four states.

Ajjit Chidambaram Narayanan started the Shooting Stars Foundation alongside a small, dedicated team of highschool students. When Ajjit Chidambaram Narayanan was in the 7th grade, he started to get bored with spring break holidays, and his mother suggested that he assist his younger brother with his state tests. Ajjit developed some sample questions and gave it to his brother as a refresher course just prior to doing the exam. This proved incredibly helpful for his brother. After witnessing this, a few family friends decided to send the kids to Ajjit and offered to pay for the refresher course.

Shooting Stars Foundation scholars are motivated high school students with the desire to make a difference and contribute to society through sharing knowledge with others. They make a global impact on the sponsored kids’ lifestyle and a local impact on the kids taking part in the camp.

Community service involves participating in something bigger than yourself. More often than not, we get caught up in the challenges we face in our lives and forget about other people around us. We live on earth together, so why not take the responsibility and initiative to make our society as better off as possible? It’s essential to participate in community service, especially as a young person. Without service activities, we wouldn’t be able to actualize the high quality of life, as helping others and volunteering is at the heart of a prosperous and structured society. No one person has ever become prosperous in life without the help of others.…